During these excursions, they began to realize the power of a fun and immersive science-based program. In 1976, Ross and Kristi took the leap and moved their young family to Catalina Island, California. By 1979, Ross and Kristi had incorporated Guided Discoveries, Inc. as a 501(c)(3) non-profit organization, with Catalina Island Marine Institute (CIMI) as its first program. CIMI was quickly succeeded by GDI’s first summer camp, Catalina Sea Camp, in the summer of 1980.

As Guided Discoveries grew and evolved, a program paradigm emerged. The experience would be an experiential education adventure that was fun for the students. Small groups, plentiful scientific equipment, an emphasis on process over facts, and dedicated instructors hired for their natural teaching style became the hallmarks of the program.

As the programs continued to prosper, GDI began to consider expansion and conducted its first AstroCamp pilot program in 1988. Using the same hands-on educational philosophy as the CIMI program, AstroCamp focused on astronomy and the physical sciences. In 1991 AstroCamp ran its first summer camp and was relocated to its current home in Idyllwild, California.

In 2015, Guided Discoveries acquired Camp Motorsport in Clover, Virginia and expanded it to include an additional AstroCamp program, as well as Camp CHOP, a culinary summer camp. 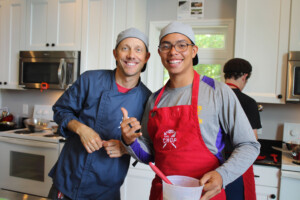 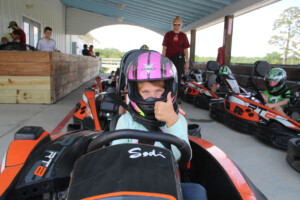 In 2012, Guided Discoveries proudly served its 1,000,000th child and continues to serve 55,000 students and campers annually with its unique, hands-on, experiential science programs. As the employees and clients have turned Ross and Kristi Turner’s original dream into reality, the Guided Discoveries vision continues to expand as it considers other exciting opportunities to make a positive difference in the lives of children.

All Guided Discoveries Programs since 1979

Join us in making a difference. Your donation will help a child to succeed in science, gain self confidence, and foster their sense of wonder.